...it did indeed make a vast improvement in our signal chains

Most tone freaks don't give a second thought to spending hours obsessing over their instruments, amps, effects, pickups, signal chain... you name it. The most obsessed dig in even further, researching tubes, the capacitors in their guitar, and the cables on their pedal boards. But do these same folks pay the same attention to the power cords they use?

Yeah, probably not. But the folks at Essential Sound Products are hoping to change that answer to a "Yes!"

Essential Sound's MusicCord-PRO replaces the standard three prong connectors found on everything from amps to preamps to computers. It has multiple "line" and "neutral" conductors, which increase its efficiency – typical power cords have a single main line and neutral conductor. And instead of one piece of 16-gauge wire, the MusicCord-PRO uses multiple smaller gauges that together equal the size of the 16-gauge, the theory being it produces cleaner power.

The MusicCord-PRO is braided with 90 percent to 95 percent copper shield, which combats RFI interference.

Arguably, the most important factor in a power cable designed for musicians is simple durability – after all, a power cord/cable is subject to use night after night. The MusicCord-PRO is built to the hospital-grade electronic specs – in other words, construction quality is very high.

Testing the performance of something like this, one is, of course greeted with skepticism – for good reason. A two-meter piece of cord that costs as much as some boutique pedals is still a hard nut to crack for some, even if it does have its own accessory bag! Another question is even more basic. Does the cable actually make a discernible difference? The answer is "Yes."

We put the MusicCord- PRO through multiple uses, and compared to stock cords and some midrange cords, it did indeed make a vast improvement in our signal chains; guitar and bass amps were cleaner sounding, and not in a "clean tone vs. distorted tone" sort of way, but our high-end tube amp's signal had a noticeable absence of hiss that existed with its regular cable.

Guitars with single-coil pickups produced less 60-cycle hum, and the amp's overall sound was more-open. One could liken it to the Presence control on an amp or certain preamp "maximizers" – there was a depth and clarity particularly noticeable in the high-end response.

Granted, some players (maybe most), will find it a challenge to justify such an investment. But if you're truly tone obsessed and/or a professional player whose reputation rides on your sound, the MusicCord-PRO deserves serious consideration. 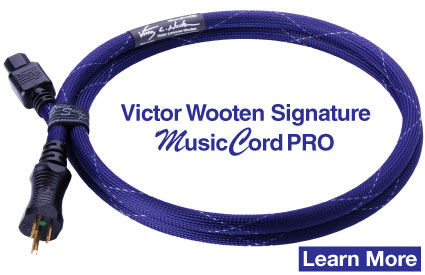 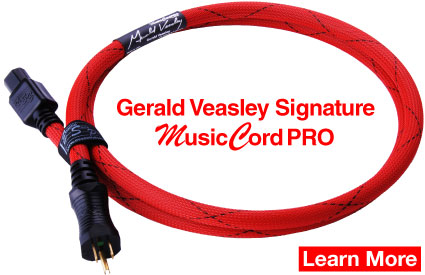