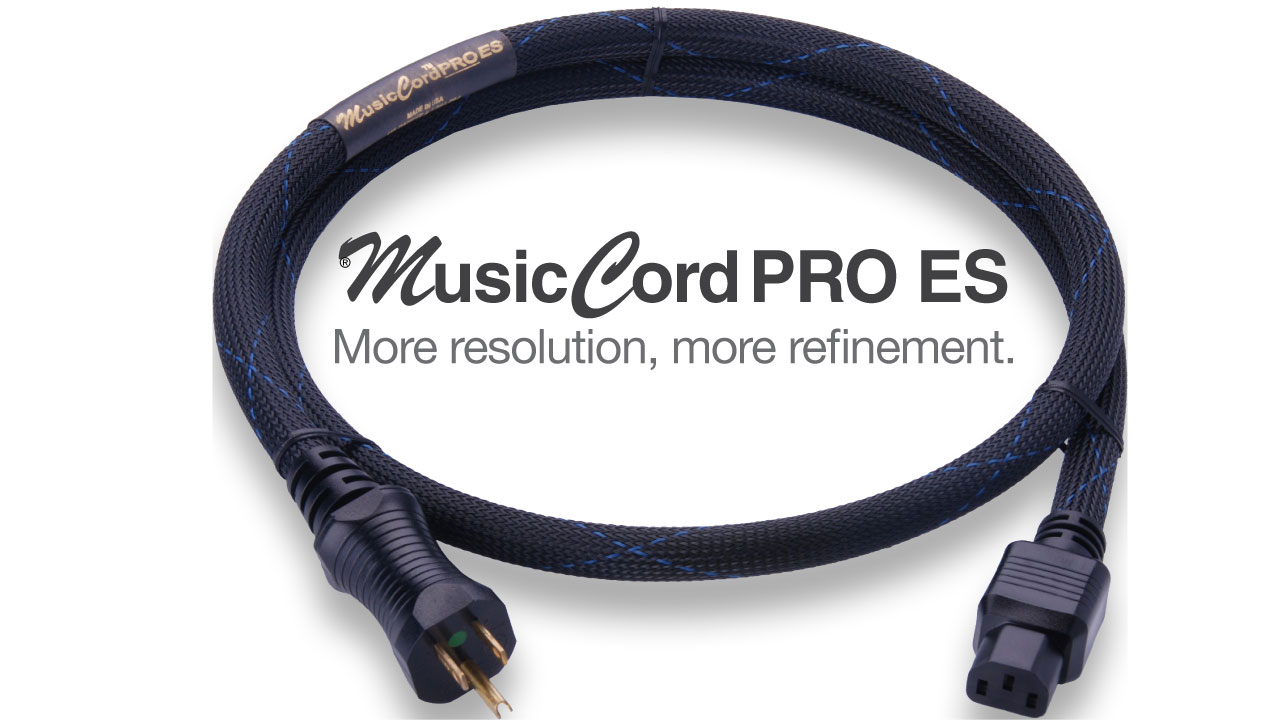 How has the same high-performance audio power cord proved worthy enough to be chosen to power pro-audio gear including the rig used to record the soundtrack for the Oscar winning Judas And The Black Messiah, while at the same time finding its way into some of the finest home audio/video systems? MusicCord-PRO ES has earned this reputation by the persuasive "power" of its performance. MusicCord-PRO ES is uniquely positioned in the audio industry; as desired for High-End recording and mastering applications as it is to power High-End Home Audio/Video systems.

“...these cords
improved the sound of my amp
in every way imaginable”

Approaching Reference Level Performance For A Fraction Of The Cost!

After establishing MusicCord-PRO as a legitimate "game changer", elevating the power cord to component status among artists and recording professionals, we could have rested on our laurels. But we were not satisfied. Our own Reference series components are THE benchmark for excellence. But to achieve Reference level refined performance requires costly and proprietary processes that do not lend themselves to mass production techniques. Still we asked, "How can we improve MusicCord-PRO to narrow the performance gap?" The result of our efforts is MusicCord-PRO ES. "ES" stands for "ESpecial".

MusicCord-PRO ES delivers the resolution, presice imaging and spatial qualities, and overall refinement audio purists have come to expect. Your pro-audio system will be able to clearly reveal details of the mix to enable better decision makeing in less time. When used with components in the recording chain, MusicCord-PRO ES directly impacts recording quality. Mastering engineers will especially appreciate these sound quality improvements.

“I can’t really believe I am writing this,
but these products
are worth every penny.”

"...they can be used in systems
of the very highest pedigree - and price -
as well as with modest electronics that are
more commensurate with their cost.
Such universality is the MusicCord-PRO ES’s
overwhelming achievement."

We combine hand craftsmanship with mass-production techinques for optimal performance. With reinforcement ring and molded strain relief, our terminations will never loosen and cause a "buzz" noise or discontinuity.

Designed to be a de facto standard, MusicCord-PRO ES has become "the choice" for high end studio applications. 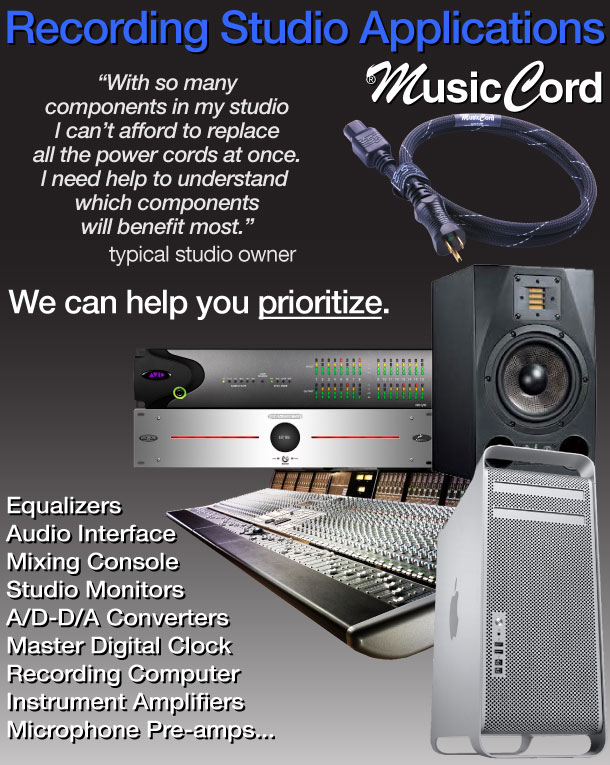 With so many components in a typical project recording studio, where does one start?

Working with studio owners/managers, an application priority has emerged:

These components have a direct impact upon the sound quality of every recording/mix you make.

Using MusicCord-PRO ES with the following components can be as impactful to the end result as those in the 1-A priority grouping. For example, using MusicCord-PRO ES with studio monitors does not directly impact recording quality, but will allow you to hear more detail and resolution, and make better decisions. Other components improve the input sound quality of instruments or vocals being recorded.

Using a single MusicCord-PRO ES with a multi-slot 500-series power supply will give you a lot of bang for the buck! 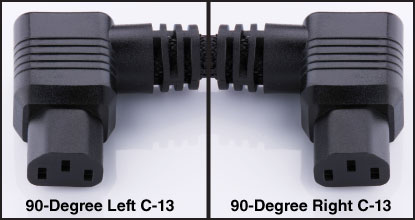 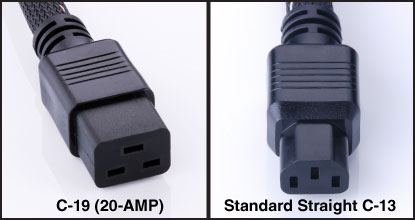 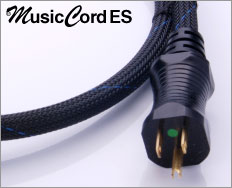 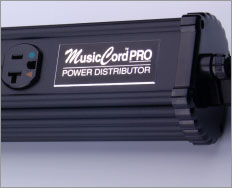 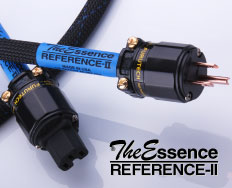